Update: The kit arrived. It is a Zendrive, not an OD-1. So more changes will be required. I might build it as a Zendrive to compare with my Rumble Drive. If it isn't better than the Rumble drive it will become a Mostortion. 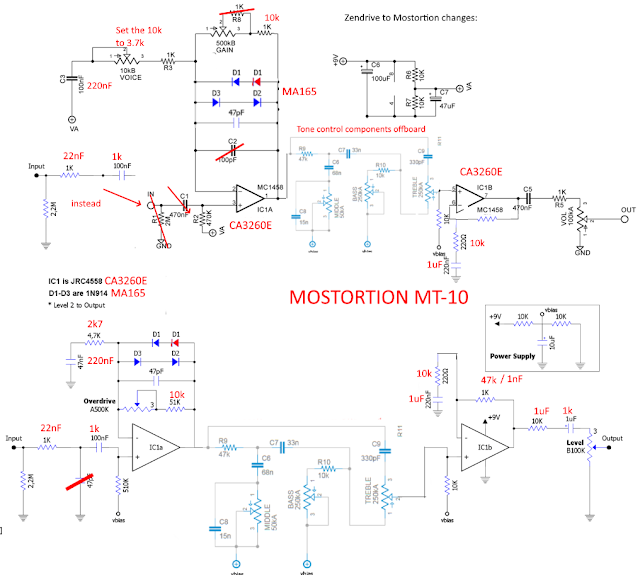 This is the AliExpress Landtone Boss OD-1 with tone control kit (it says OD-1 on the PCB in the photo, that's how you know Edit: apparently not), almost exactly the same as a true bypass tube screamer. If you replace the tone control with a 3-band passive EQ and add an extra clipping diode, you get a Ibanez MT-10 Mostortion, which is out of production. The Danelectro Roebuck Distortion Pedal is a clone for $200. So this kit is good if you want a cheap copy that you can easily modify to suit your needs.

You need to be able to solder and to relate the schematic to the PCB. Some components will change, some will disappear, and the tone controls will have the new components soldered directly to them. 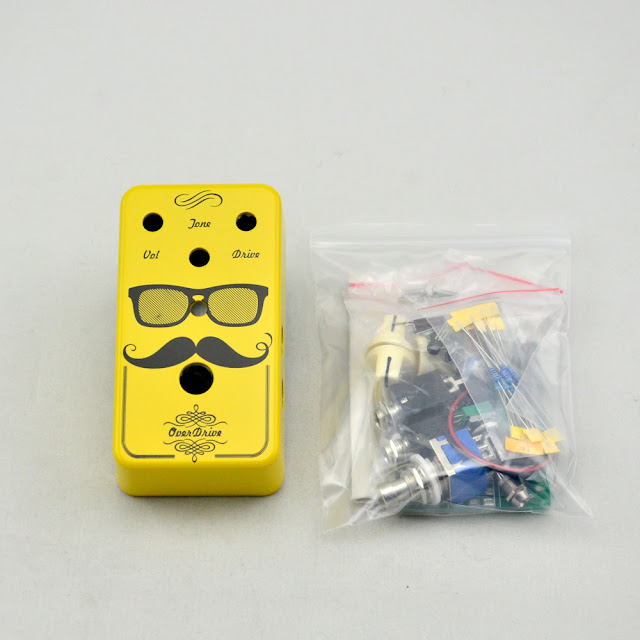 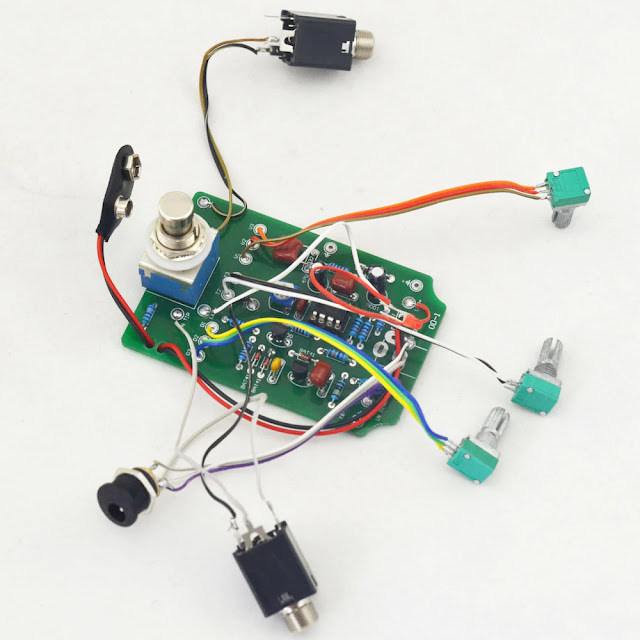 You drill 2 extra holes in the enclosure, and add new treble, middle and bass pots. Solder the new caps and resistors to the pots, since the PCB don't know what they are. Some components change, and the non-inverting input after the tone control is different. Replace 3 clipping diodes with 4 new ones and replace the opamp with the MOSFET opamp. Order the semiconductors and a bag of metal film resistors separately. And the capacitors, plastic film for the tone control caps, tantalum or electrolytic for the 1uF cap.

Here is the new schematic:

$25 for the kit shipped, $15 for the new pots and semiconductors.

Aion has a custom PCB with nice instructions, as does AMZ. For the extra $10 you get better instructions than you do here. 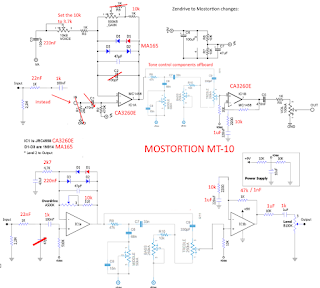 Email ThisBlogThis!Share to TwitterShare to FacebookShare to Pinterest
Labels: Guitar