The slot on Gretch Filtertrons 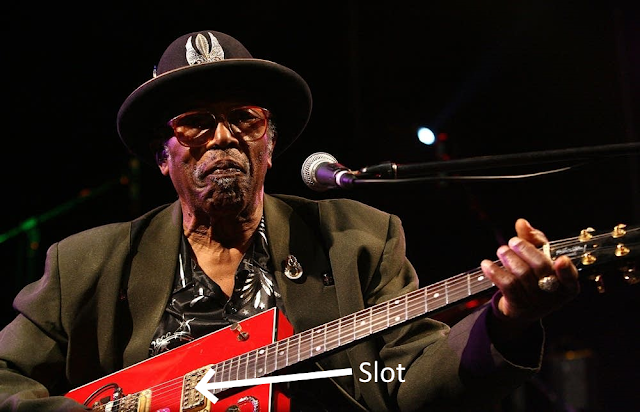 ...some Gretsch pickups have a slot in the middle of the pickup cover. Why? 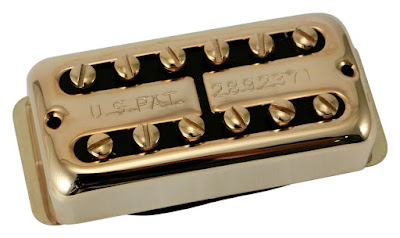 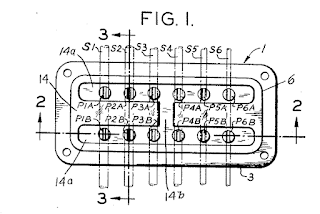 "A slot 14h extending between slots 14a in the top wall 14 constitutes a gap for inhibiting circulating currents in top wall 14 around slots 14a. "

Lenz’s law, in electromagnetism, states that an induced electric current flows in a direction such that the current opposes the change that induced it.

This means that the pickup cover of an electric guitar generates a signal that opposes the signal of the guitar pickup. The slot in Gretsch pickups reduces the induced currents (called eddy currents) that cancel out some of the guitar signal. Mostly the high frequencies.

Ray Butts discusses his invention of the Filter'Tron pickup

Ray Butts: The theory was that there were eddy currents. Have you heard of that? If there's any kind of bulk metal brought into the magnetic field, the magnetism tends to cause currents to flow. Therefore, anything that's in a closed circuit would do that. I figured that this metal housing around these screws, if that was solid there, then there'd be an eddy current effect—it would be like a closed loop around the pole pieces. So I figured that if I broke it, put a gap in there, then they would cancel each other out. That was the thought. Whether it did or not, I don't know [laughs]. 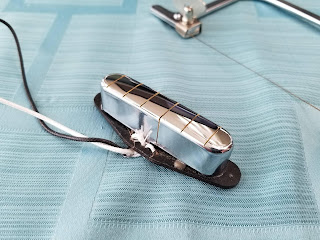 Jump to 2:23 to see how slots cut in the pendulum reduce eddy currents and magnetic braking:

I actually have humbuckers on my Gretsch 2220 Junior Jet II bass, but I was thinking of upgrading them with TV Jones, which look a bit similar to the ones you show, though I'm not sure whether they have a similar slot.